Where do corks come from? 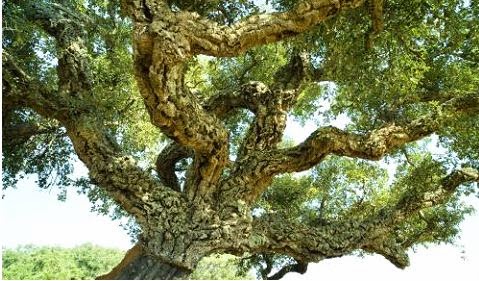 The average tree can yield about 25 kilogrammes of cork. Removing the bark does not harm the tree. Due to the properties that do not leak gas and water, cork is a good protection against evaporation, and the resilience and strength of its cells also protects against mechanical injury. Two-thirds of the contemporary world production of cork give large plantations of this tree in Spain and Portugal.

Posted by Tourism in Dalmatia at 7:12 AM No comments: 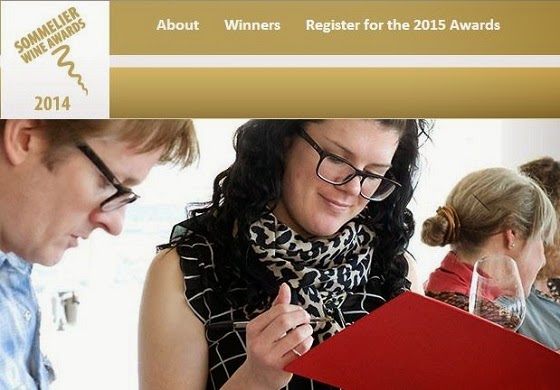 Bastijana is delighted to receive a little recognition for the quality of its wines from London!

Thanks to our partners Vino Nostro in the UK, who send us news of the commendation of the Tomic Plavac 2011 in the recent Wine Sommelier Awards, an event which has taken place since 2007, and whose judges expertly judge wines from all over the world.

If you would like to order some of the 2011 Plavac or more of the Tomic range in the UK, visit the Vino Nostro website.
Posted by Tourism in Dalmatia at 10:01 PM No comments: 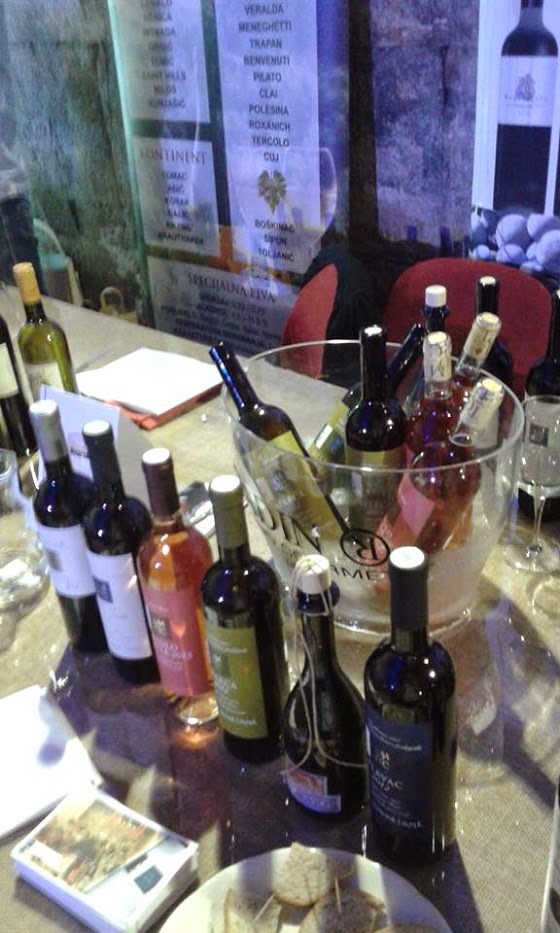 The two-day Vinski Podrum (Wine Cellar) 2014 fair took place in the impressive cellars of Diocletian Palace on May 24-25, an event which was visited by, among others, Minister of Tourism Darko Lorencin and Central Dalmatia Tourist Board director Josko Stella.

Bastijana had a busy couple of days presenting the Tomic range, alongside four other wineries from the Hvar Wine Association. Some pictures of the Tomic stand, and for more information about the wine fair, click here. 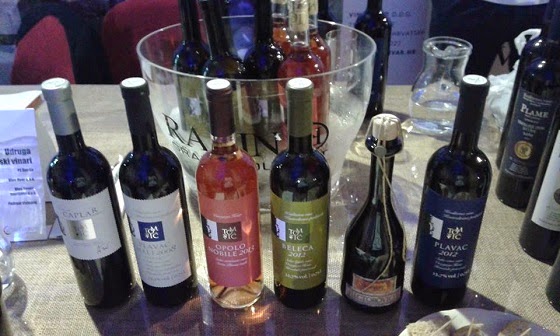 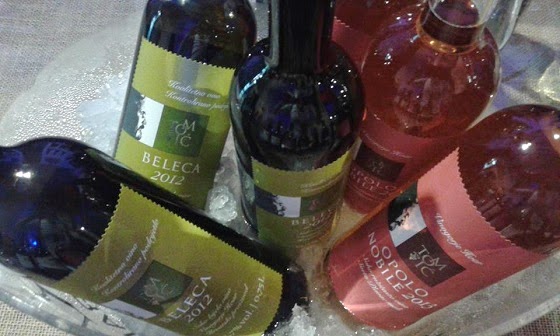 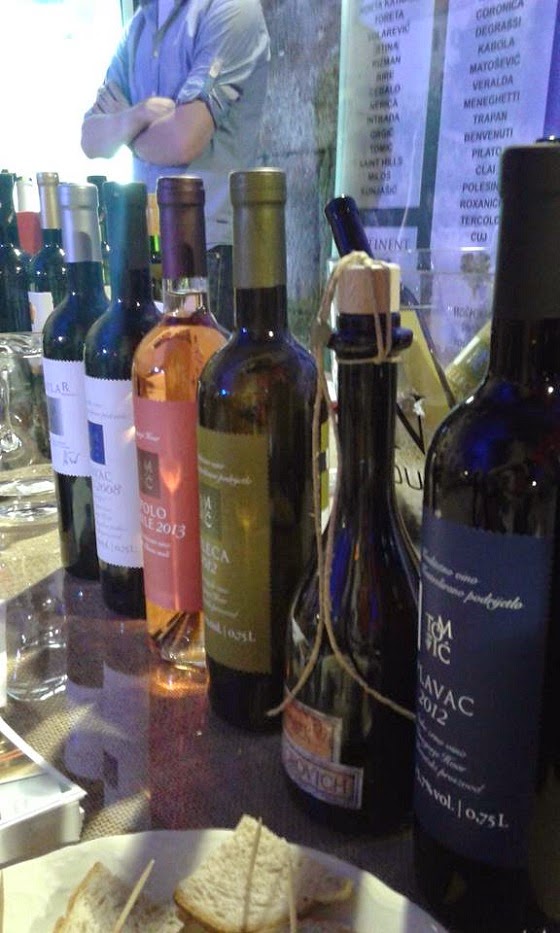 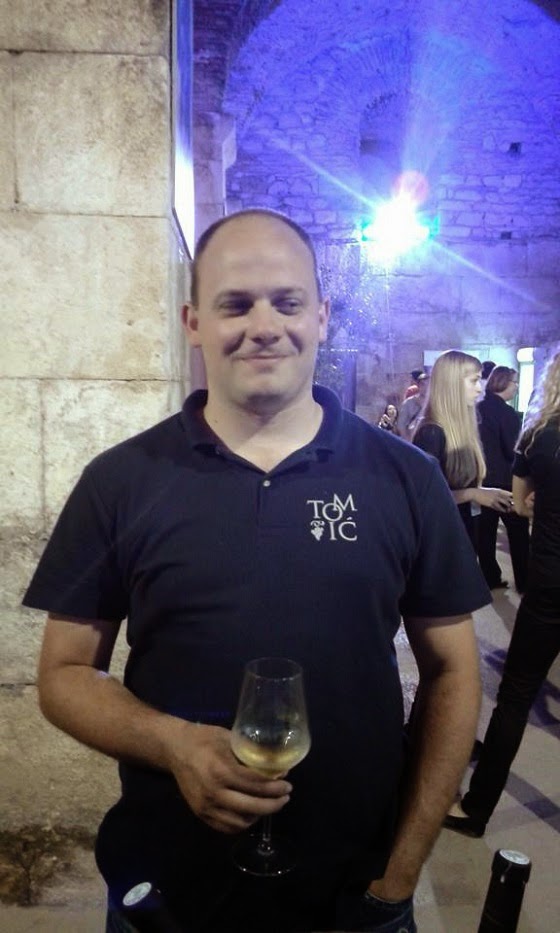 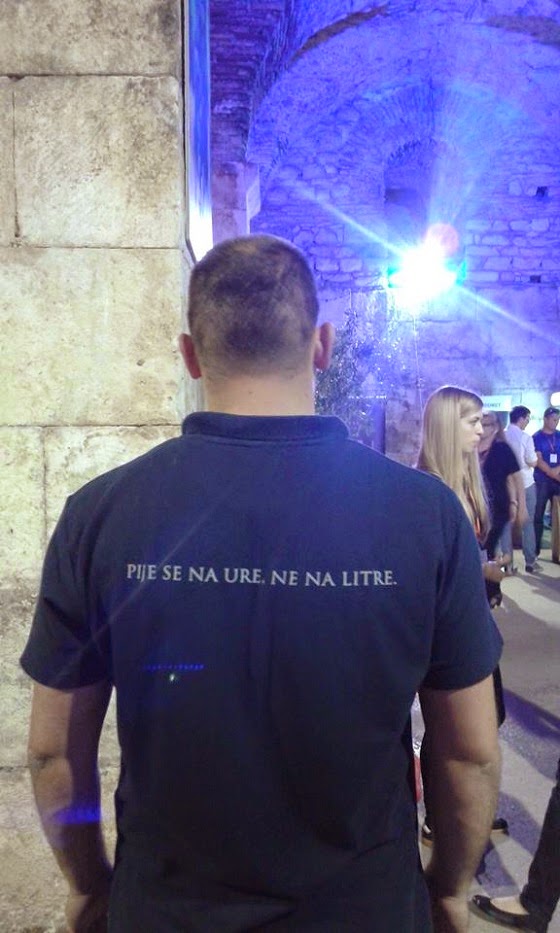 Posted by Tourism in Dalmatia at 12:55 AM No comments: 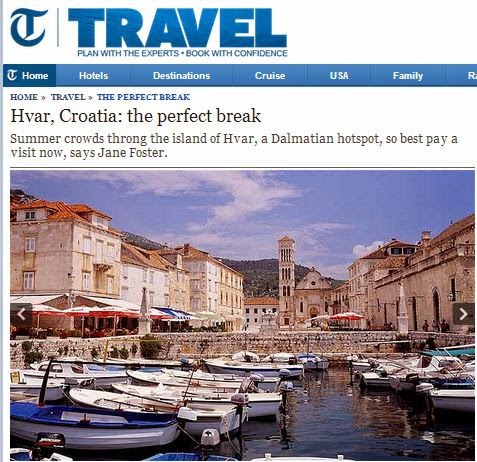 A nice article on the island of Hvar as the perfect break in respected British daily The Daily Telegraph features the wine tours of Bastijana.

Hvar has great beaches, heritage and gastronomy, and what better way to get a full appreciation of the island's goodness than with a wine tour of the Tomic winery. For more information about our tours, visit the Bastijana website.

To read the full article in The Daily Telegraph, click here. 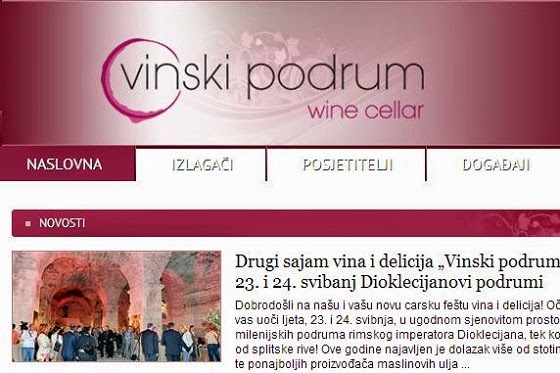 Who has the finer cellars? Emperor Diocletian or the modern replica at Bastijana in Jelsa?

Diocletian of course, and the historic 1,700 year-old basement of the magnificent Roman palace on the Split waterfront will be the scene of Vinksi Podrum 2014, a wine and gastronomic fair now in its second year.

Tomic wines will be available for tasting, along with other members of the Hvar Wine Association. The 2-day fair will be open on Friday and Saturday from 12:00 - 21:00. For more information, click here.
Posted by Tourism in Dalmatia at 4:44 AM No comments:

Wine Tears in Croatian, Wine Legs in English. What are They? 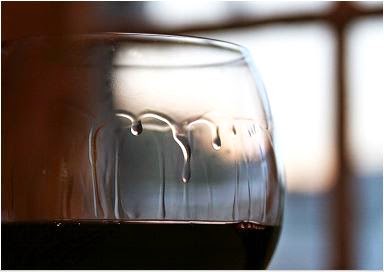 Wine legs is a term for the physical phenomenon that is observed during the tasting of the wine from a proper wine glass. When you tilt a glass of wine and then return it to its original position on the wall of a glass appear "colorless wine legs" sliding back toward the bottom. The explanation for this phenomenon was given by the British physicist James Thomson and it is called the Marangoni effect. According to this explanation, wine legs occur as a result of interaction between adhesion, evaporation and surface tension of alcohol and water. This means that the wine legs will be thicker and will slide slower if there is a higher alcohol content (and sugar) in the wine. So, wine legs are not an indicator of the quality of the  wine, but an indicator of the alcohol content in wine.
Posted by Tourism in Dalmatia at 11:38 PM 1 comment: 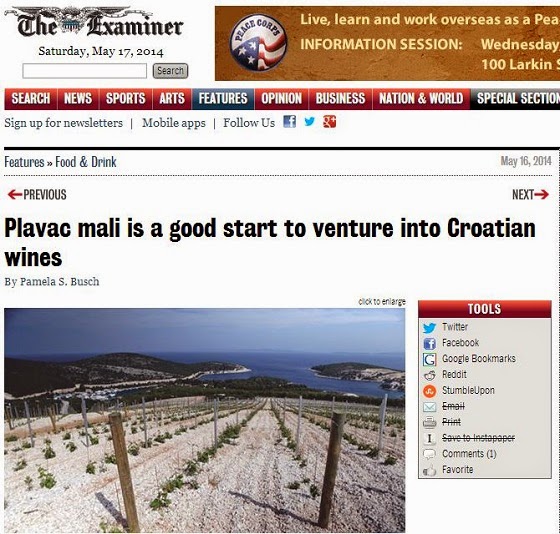 After recently being named as the top vineyard in Central Dalmatia, it seems that the Bastijana vineyard near Vira just north of Hvar Town is becoming quite popular.

Bastijana is delighted to see it featured in a recent article about Croatian wines as far away as the San Francisco Examiner this week, along with some very good advice:

Plavac Mali is a good start to venture into Croatia wines. And where better place to start your Plavac Mali discovery than in the Bastijana cellars in Jelsa?
Posted by Tourism in Dalmatia at 1:38 AM No comments: 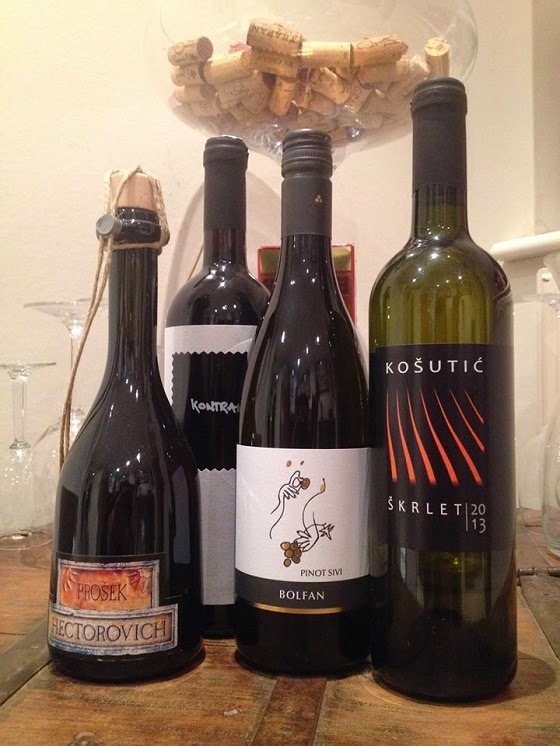 Good news for our British fans, as we are delighted to announce that the Tomic Prosek Hektorovich is now available in the UK!

Along with a shipment of Plavac 2011, our friends at Vino Nostro now have our dessert wine in stock, in addition to the Plavac 2010 and Plavac Barrique 2007.

For more information and to order, visit the Vino Nostro website.

Posted by Tourism in Dalmatia at 2:05 AM No comments: 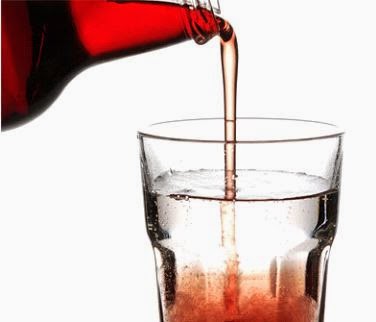 Since time immemorial, people in Dalmatia have been drinking bevanda - a mixture of water and wine. Because of that, the old saying “Adding water into the wine is a sin” is forcing us to always defend the honor of bevanda. Let's go a little bit back in history, to a time when the common people lived from agriculture and fishing, to a time when there was no electricity  or mains water. Rainwater was collected from the roofs of houses and stored in wells. Days were filled with tough laboring jobs. In a climate such as ours, the summer heat is strong and heavy physical jobs demand drinking large amounts of fluids. That is reason why farmers made bevanda. They were not pouring water into wine (meaning that they were not committing a sin), but they poured the wine into water. Four parts of the water and one part of the wine. The result was a refreshing, energy beverage, which was mild enough for all day consumption.

Today, when life is a little easier, bevanda represents cultural heritage. In other words, although we will never give up from bevanda, we are very careful in the choice of a wine which is mixed with water.

Posted by Tourism in Dalmatia at 10:55 PM No comments: