Tomic in Action in Zagreb. And Basti is Pouring! 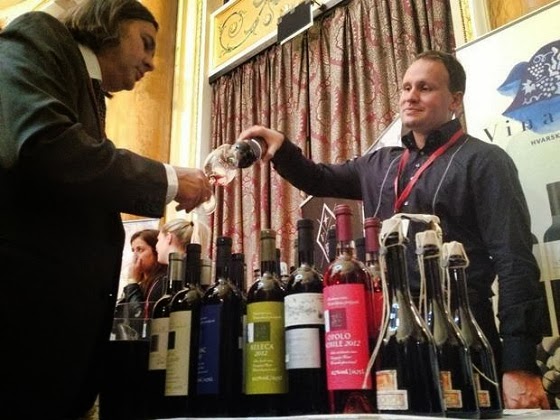 The Bastijana team is in action in Zagreb at the 8th Vinocom wine fair at Hotel Esplanade. The fair opened yesterday and Team Tomic will be at the hotel all day today, greeting old friends and welcoming new ones.

Among those present and doing the pouring is Basti Tomic, Andro's son. The Tomic stand is located at stand E26. See you there!

(With thanks to Stasa Cafuta Trcek from www.thethirdwine.com for the photo)
Posted by Tourism in Dalmatia at 1:58 AM No comments: 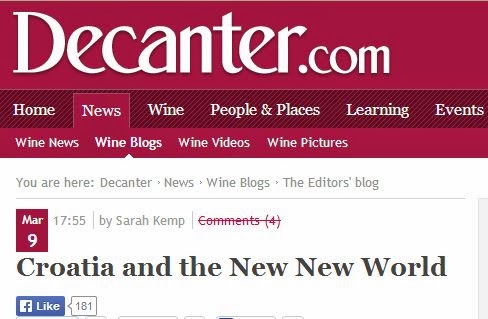 Croatian wine is becoming more established on the international scene with every year, but it was not always so, and the well-respected Decanter Magazine took a trip to the Zagreb Wine Festival a couple of years ago to find out what the fuss was all about in this new, new world wine region.

Decanter's tastings director Christelle Guibert put together a top five from Croatia, including one winemaker from Jelsa...

"Andro Tomic was the winner of the show this year after his Plavac Mali was voted the best wines. Not only a charming man but also a very talented winemaker; Andro started his career in France - studying winemaking in Montpellier - and established the winery in 1997. All the wines from the range have an amazing acidity and very harmonious. His straightforward 2007 Plavac was my highlight: a very attractive fruity wine with ripe cherry and a refreshing acidity."

To read the full article, click here.
Posted by Tourism in Dalmatia at 2:08 PM No comments:

Andro Tomic in the Media: 20 Questions with Playboy in 2011 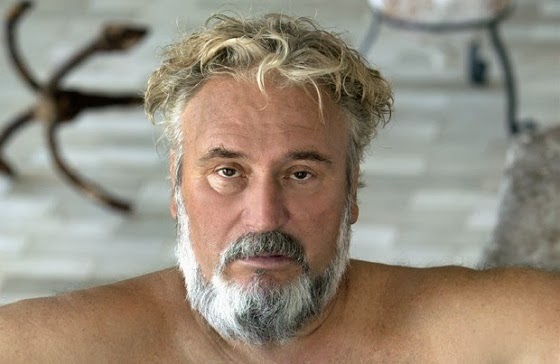 Of all the interviews Andro Tomic has given over the years, perhaps one that stays in the memory is his 2011 interview for Croatian Playboy, complete with some excellent photography from star Croatian photographer and friend of Hvar, Lupino.

In the interview with Velimir Cindric, Andro answers 20 questions on a wide range of wine topics, complete with some iconic photos. The interview is available online (in Croatian only - Google Translate is your friend) here.

Posted by Tourism in Dalmatia at 1:15 PM No comments: 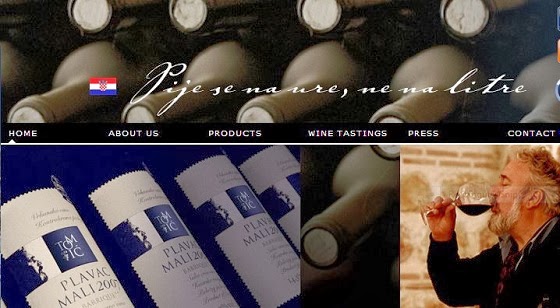 Wine. A gift from nature which, in the right hands, has the potential to be one of the most pleasurable things in the world.

Wine drinking is the perfect accompaniment to great company and good conversation, a delight to be enjoyed over time, without hurrying.

This is something we firmly believe at Bastijana, which is the reason the motto for Tomic wines is

One drinks (Tomic wines) in hours, not in litres.

To enjoy the Tomic wine experience, why not pay us a visit? More information on www.bastijana.hr
Posted by Tourism in Dalmatia at 9:38 AM No comments:

Planting for the Future on the Island of Wine 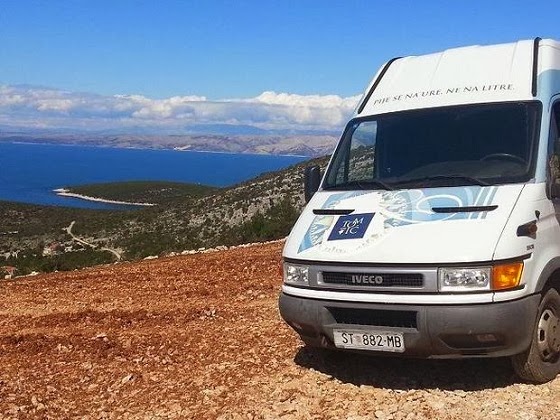 There is no doubt that Hvar wines are undergoing a renaissance, and Croatia's entry into Europe can only help that trend. The island's wines are now exported from California to China, from England to Singapore, and Hvar - which has a 2400 year-old wine history - is becoming known once more as the island of wine.

But the reality of today's vineyards is that they are a shadow of the former glories of the nineteenth century, in quantity at least. Prior to the phylloxera and devastating tax law by the Austro-Hungarians, the island had some 5700 hectares of vines under cultivation. Today that number is somewhere between 280 and 300 hectares, just 5% of the previous number.

Things are changing, and Bastijana is delighted to be involved in the planting of new vineyards, which include 14,000 organic plavac mali vines which were recently planted north of Hvar Town, near Vira. Not a bad view for the grapes to wake up to! To see the vineyard, simply follow the signs to Vira and the vineyard will eventually come into view. 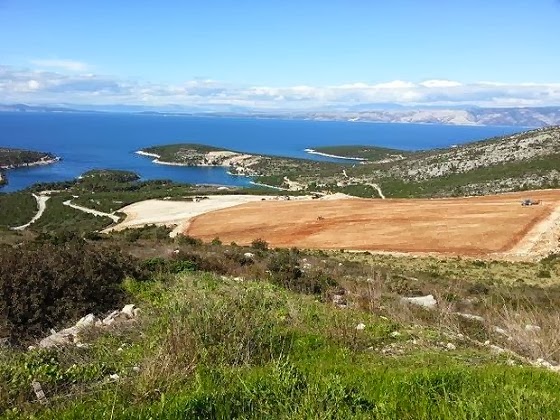 Posted by Tourism in Dalmatia at 1:07 AM No comments:

Tomic to Participate in Vinocom 2013 in Zagreb

Bastijana is delighted to announce that the winery will be participating in the 8th Zagreb Vinocom at the end of the month, the Zagreb International Festival of Wine and Culinary Art.

Vinocom 2013 will take place at Hotel Esplanade in Zagreb on November 29 and 30, and the Tomic stand will be located at E26.

For more information about Vinocom, visit the official website.

We look forward to seeing you there!

Posted by Tourism in Dalmatia at 12:55 AM No comments:

Andro Tomic and Adristorical Lands: Great Video and an Evening at Bastijana 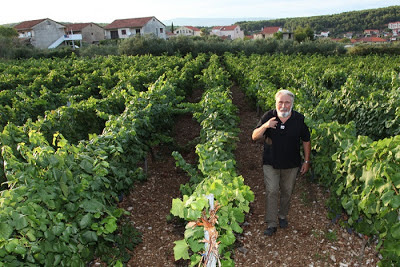 There was a major press trip this summer for the Adristorical Lands project, an EU-funded initiative to promote the culture and heritage of the countries sharing the Adriatic, from Italy round to Albania. The journalists spent time in Italy and the one place in Croatia included in the project - a small island called Hvar.

Of the 25-minute video, 8 minutes is about Hvar, including visits to Meneghello on Palmizana, Andro Tomic in Jelsa and various locations on the island. The whole video is interesting to put Hvar's cultural heritage into regional context, but fast forward to 17:18 is you want to see the Hvar piece only. The journalist's visit to Bastijana, including an interview with Andro in French, starts at 21:05.

Posted by Tourism in Dalmatia at 11:15 AM No comments:

Andro Tomic in Zagreb among Top 100 Leaders in Croatia 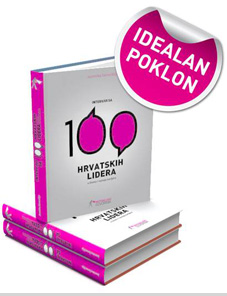 The grapes harvested, now is perhaps the time for a little relaxation after a busy tourist and media season, but Andro Tomic is keeping busy in the winter months.

Currently in Zagreb, Andro was delighted and honoured to be included in a new publication, "Interviews with 100 Croatian Leaders" about their lives and career developments.

The book promotion will take place tomorrow evening at the Museum of Contemporary Art in Zagreb.

Posted by Tourism in Dalmatia at 12:24 AM No comments:

It has been a busy year at the Tomic winery in Jelsa, and we are very grateful for your interest and support.

With the main tourist season now over, our opening hours have changed, although tastings by appointment will be possible outside of normal working hours.

Through the winter months, Bastijana will be open during the week daily from 07:00 - 15:00. If you would like to organise a tasting either during these times or at a later time, please contact us via our website www.bastijana.hr
Posted by Tourism in Dalmatia at 12:08 AM No comments: