Tomic in the Community: Biciklijada 2016 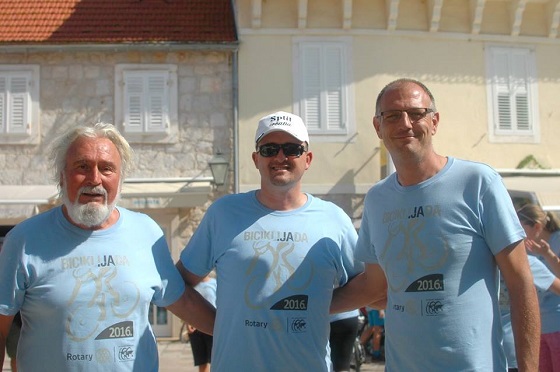 (with thanks to Vivian Grisogono from Eco Hvar for the photo)

October has begun in Jelsa, and all the grapes have been harvested from the fields. Andro, along with many other Jelsa residents, took the opportunity to take a breather on Saturday, helping out at the annual charity fundraiser, the Jelsa Biciklijada, which is organised by the Hvar Rotary Club, of which Andro is a very active member.

Bastijana was a proud sponsor of the event, which was very well attended, and including some rather spectacular cycling skills from a visiting professional German cycling. Do not try this at home, but have you ever seen a more stylish way to burst a balloon?

Posted by Tourism in Dalmatia at 3:29 AM